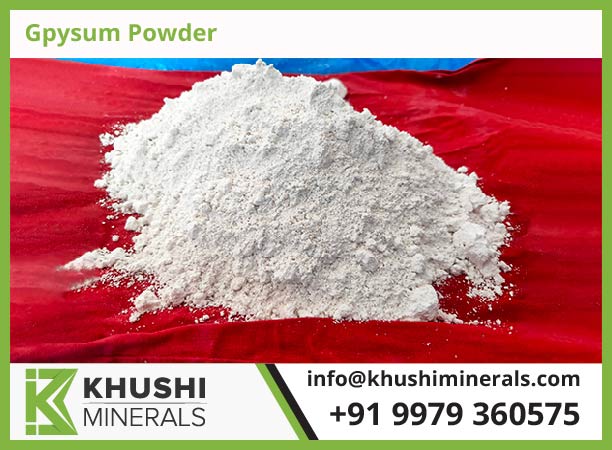 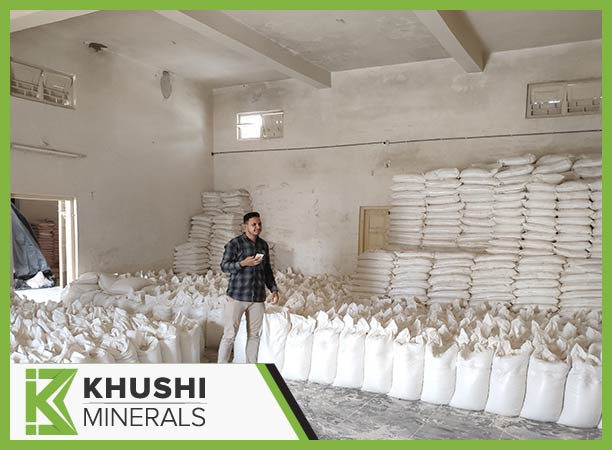 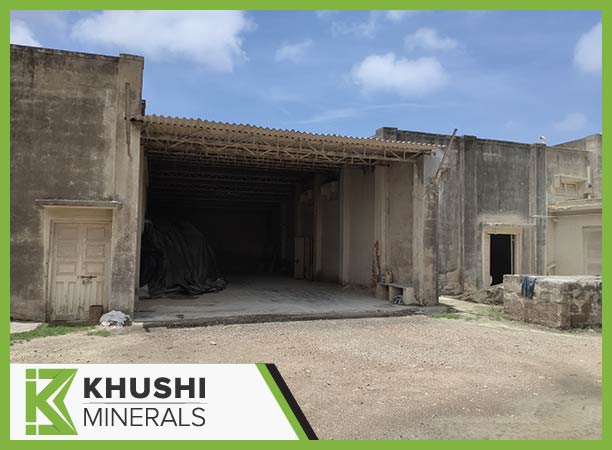 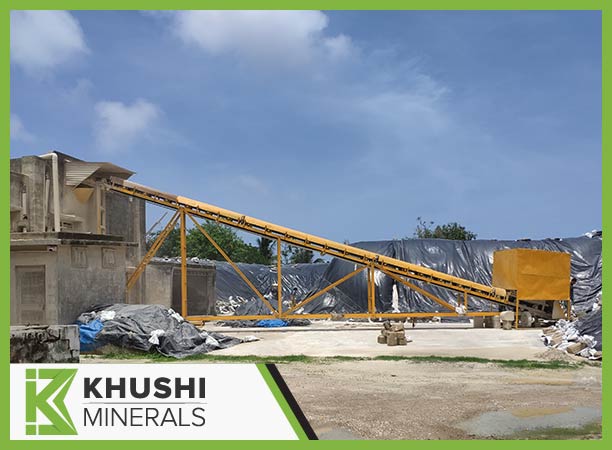 Gypsum is a naturally occurring soft sulfate mineral composed mainly of calcium sulfate dihydrate (chemical formula is CaSO4·2H2O). It is also known as drywall, sheetrock, wallboard or plasterboard. This powder is then made use of in various agricultural, industrial, and construction applications.

Gypsum is a naturally occurring soft sulfate mineral composed mainly of calcium sulfate dihydrate (chemical formula is CaSO4·2H2O). Gypsum is a soft mineral that has an appearance of being white or grey and is made up of countless small translucent crystals.

Gypsum deposits are usually found as sediment in places that were previously overrun with water. The gypsum that is mined is dried and heated, and then crushed and processed to form it into a powder. This powder is then made use of in various agricultural, industrial, and construction applications.

When heat is supplied to rock gypsum, it makes it release the water molecules trapped in it, and anhydrous gypsum is the resulting product.

Anhydrous gypsum is a fine, dry powder. It is extensively mine and is also used as a fertilizer, and as the main component in the manufacture of many forms of blackboard chalk, sidewalk chalk, plaster and drywall.

Alabaster, which is a white (or light coloured) ginormous fine-grained variety of gypsum, has been used for making sculpture by many cultures for millenia, including Ancient Rome, Ancient Egypt, the Byzantine Empire, Mesopotamia, Ancient Rome, and the famous Nottingham alabasters of Medieval and Pre-Victorian England.

Gypsum also tends to crystallize as translucent crystals of selenite. It may also be formed as an evaporite mineral, and also as a hydration product of anhydrite. The Mohs scale of mineral hardness defines hardness value two as gypsum-based on scratch hardness comparison.

Construction : There is a huge demand for Gypsum in construction as a raw material due to its unique ability to provide a lot of properties. For example, it does not smell, i.e., it is free of odor. Similarly, many features of the interior and exterior construction are highly dominated by gypsum and its derivative products.

Gypsum board is a popular product which is primarily used as a finish for ceilings and walls. Gypsum is also known as drywall, sheetrock, wallboard or plasterboard. Blocks of gypsum are used like concrete blocks in the construction of buildings. Gypsum is also used as an important component of Portland cement. It prevents flash-setting of concrete.

Medicine :Gypsum and its derivatives are used in the manufacture of surgical splints, modelling, and casting moulds. It is also used as a medicinal agent in traditional Chinese medicine known as shi gao. Gypsum is also used to make impression plasters in dentistry.

Fertilizer and Soil Conditioner : Gypsum is a highly sought-after fertilizer for wheat fields, especially in the United States. It is also used to ameliorate soils rich in sodium.

Gypsum powder is used in the agriculture industry as a fertilizer and soil conditioner. Using gypsum as a fertilizer added sulfur and calcium to the soil. These two nutrients are used extensively by plants.

Gypsum powder is very important for soybeans and corn, which requires a soil rich in sulphates to grow and thrive.

Gypsum’s affinity for water molecules increases the soil’s ability to hold water when the gypsum is added into the soil. This is because the positively charged calcium ions (Ca2+) in gypsum make the positively charged sodium ions (Na+) present in the soil to move. When combined together, Gypsum Powder also enhances the effectiveness and range of soil conditioners and organic fertilizers.

The calcium content in gypsum balances out the excessive micronutrients like iron, zinc, copper, and manganese. It also gives essential sulphates, and enhances the quality of the product and even prevents diseases in plants. Being neutral (pH=7), Gypsum will not alter the pH levels of the soil.

Reclaiming Saline Soils : When Gypsum Powder is added to acidic and sodic soil, the highly soluble form of boron (sodium metaborate) present in the soil is converted into a less soluble calcium metaborate, and the action of gypsum application reduces the exchangeable sodium ion percentage.

Water Treatment : Gypsum is used to increase the hardness of water to prep it for brewing. Various tests have shown that gypsum can be easily used to remove certain pollutants like arsenic and lead from polluted water.

Food Industry : Since gypsum is generally considered safe for human consumption, it is permitted to be used in small amounts in foods and beverage production. Gypsum may be used as an anti-caking agent, dough-strengthener, drying agent, firming agent, stabilizer, color enhancer, and thickener.

It is the primary constituent of mineral yeast food. Gypsum is used to make various food products like baked goods, candies, frosting, ice cream and other frozen dairy products, gelatins, pudding and even pasta.

Gypsum is also used as a coagulant for tofu (soybean curd), which makes it the ultimate source of dietary calcium, especially in most Asian cultures where the use of dairy products is scarce. Gypsum powder is also an inactive ingredient present in toothpaste.

Other Uses : Gypsum can be used to measure the moisture level in the soil. It is used in shampoos, foot creams, and many hair products. Gypsum Powder is also used in mushroom farming to prevent grains from clumping together. It is used as a clay binder for tennis courts.

Gypsum Powder should be stored in a cool, dry area, free from moisture and excessive heat. It is non-hazardous and non-flammable.

Shelf Life : The shelf life of Gypsum Powder is around 6 months to a year.

Note : The information given above is taken from various test reports and external references. The buyer should test a trial sample before bulk orders. Since the product is derived from a naturally-occurring mineral, the purity will vary by a factor of ± 5%.

Khushi Minerals’s Gypsum Powder is of high quality (minimal / no impurities ), They are on my vendor panel from 6 months.
Kunal K.

What is the Grade and Purity of your Gypsum Powder?

Our Gypsum Powder is available in three different Grades and can be used for a wide variety of applications. The purity of our Gypsum Powder is rated at 98-99%. This is achieved by making use of advanced cleaning, sorting and processing equipment and techniques.

How do you process your Gypsum Powder?

We use state-of-the-art equipment and proven techniques, that meet international standards, to manufacture our Gypsum Powder. We only select the good quality Calcium Sulphate blocks, and process these extensively to end up with the final product of Gypsum Powder.

What are the safety precautions taken in your facilities?

To provide our employees with a safe working environment and to assure the best quality of products for our customers, we maintain a high standard of safety in our facilities. All our equipment and employees adhere to safety protocols, which are on par with international protocols.